← Family Values: The BMW F 850 GS Adventure and the R80G/S A Look at the Fasthouse x Ducati Desert Sleds → 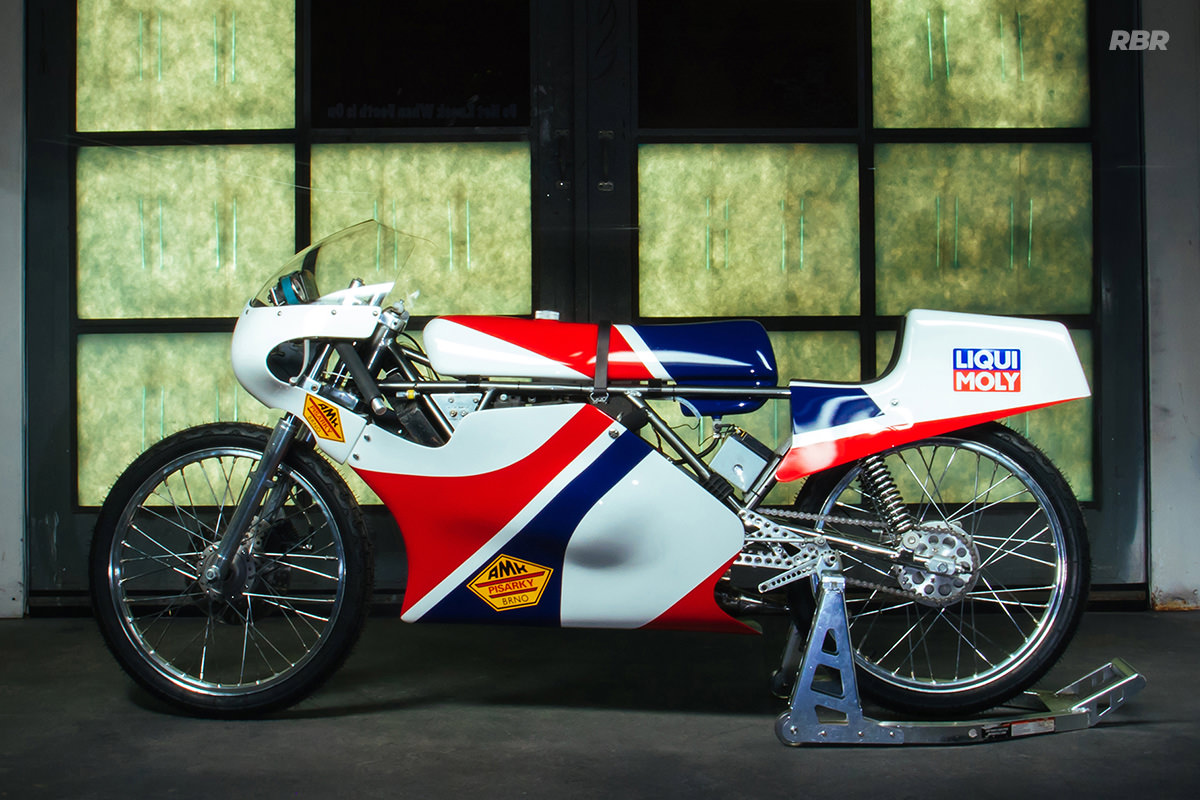 There’s nothing that arouses curiosity quite like a rare vintage racing machine. Bonus points if it’s so obscure, that you need to turn to specialist internet forums to pinpoint its origins. Which is exactly what the owner of this beautifully restored 1970s 50 cc Grand Prix racer, Cole Mahlowitz, had to do.

When Mahlowitz bought the bike, it was listed as a 1975-model ‘Czech’ Minarelli 50 GP—a 50 cc two-stroke racer with a six-speed box, and a claimed output of 16 hp at 14,500 rpm. But when the bike arrived, he felt the need to dig deeper; because while the motor was undoubtedly a Minarelli unit, it also had ‘ČZ’ stamped in several places.